Ask any craft beer snob where they can find the best beer, they’ll say New England. And where in New England can you get the best craft beers, AND a beautiful town to explore? Burlington, Vt. My boyfriend and I took a long weekend “Brewcation” to the Burlington area, hit as many breweries as we could, and loved every minute of it! Here’s a guide to some of the can’t-miss spots in and around the Burlington, Vermont area.

The most well known and highest rated brewery in the city. When people ask how your trip to Burlington was, they immediately follow with, “Did you go to Foam?” Yes, in fact we went twice!Located by the waterfront, the brewery has a good design and a large outdoor seating area and additional outdoor bar. They have a stage for live music and some options for food as well if you plan on sticking around for a while. 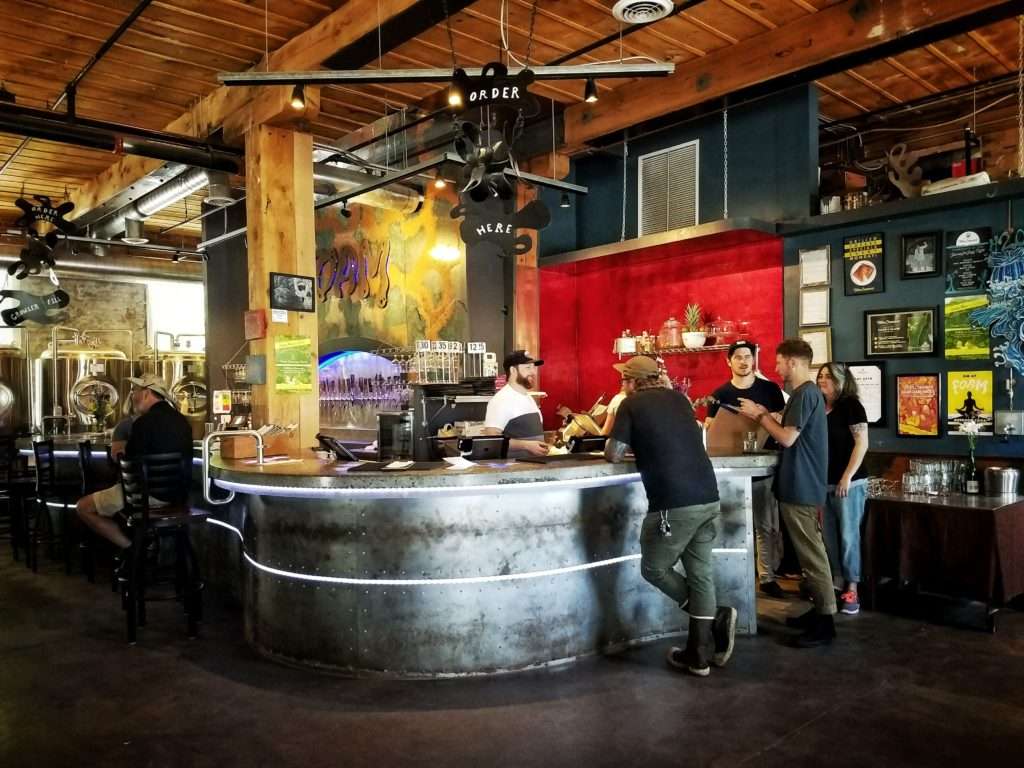 Foam Brewers had a combination of delicious craft beers as well as some funky unique flavored beers so definitely get small pours and try several if you can! 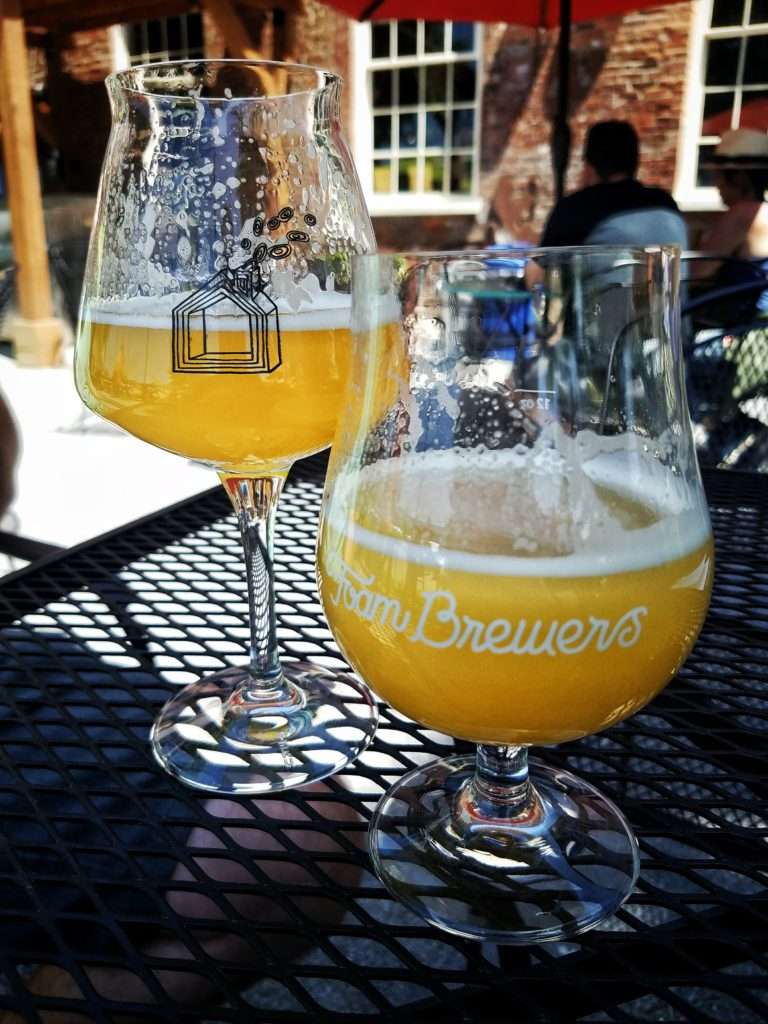 Zero Gravity originally started in the center of the downtown area combined with their restaurant American Flatbread. They then expanded to a larger facility located on Pine Street, while still keeping the original location open. 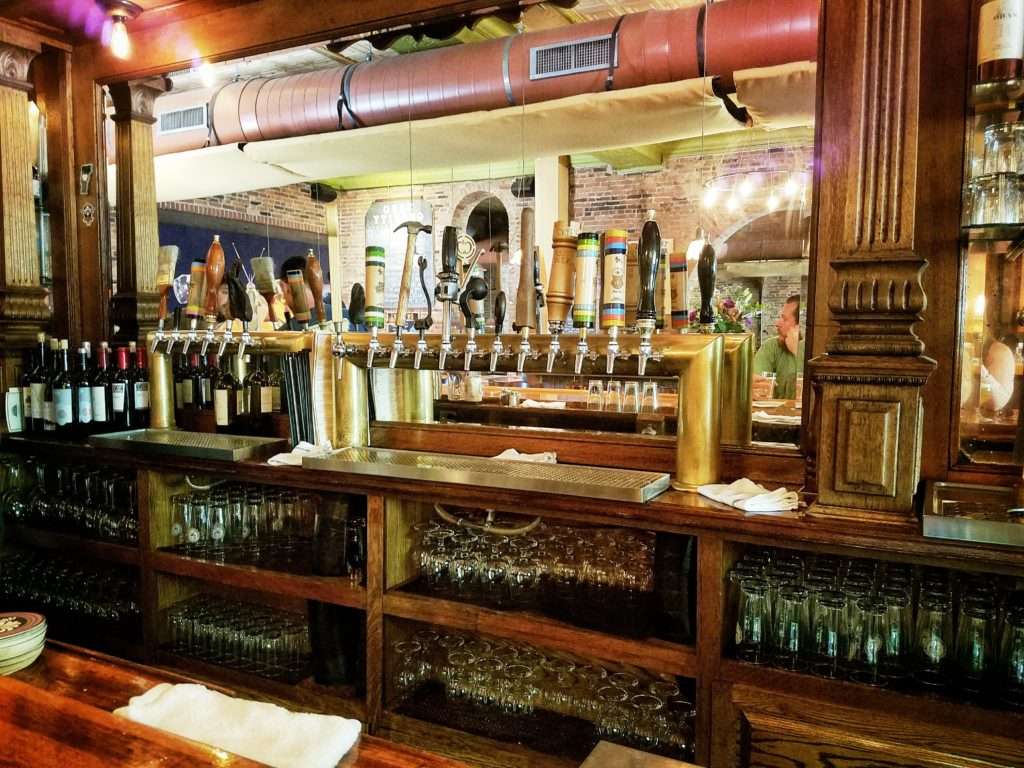 The original brewpub is where you can find their entire selection of brews as well as some delicious wood-fired pizza. The environment is more of a home-y intimate pub with some outdoor seating and live music. The second location is worth the visit as well because of the design of the facility itself! It’s contemporary, bright and downright beautiful! 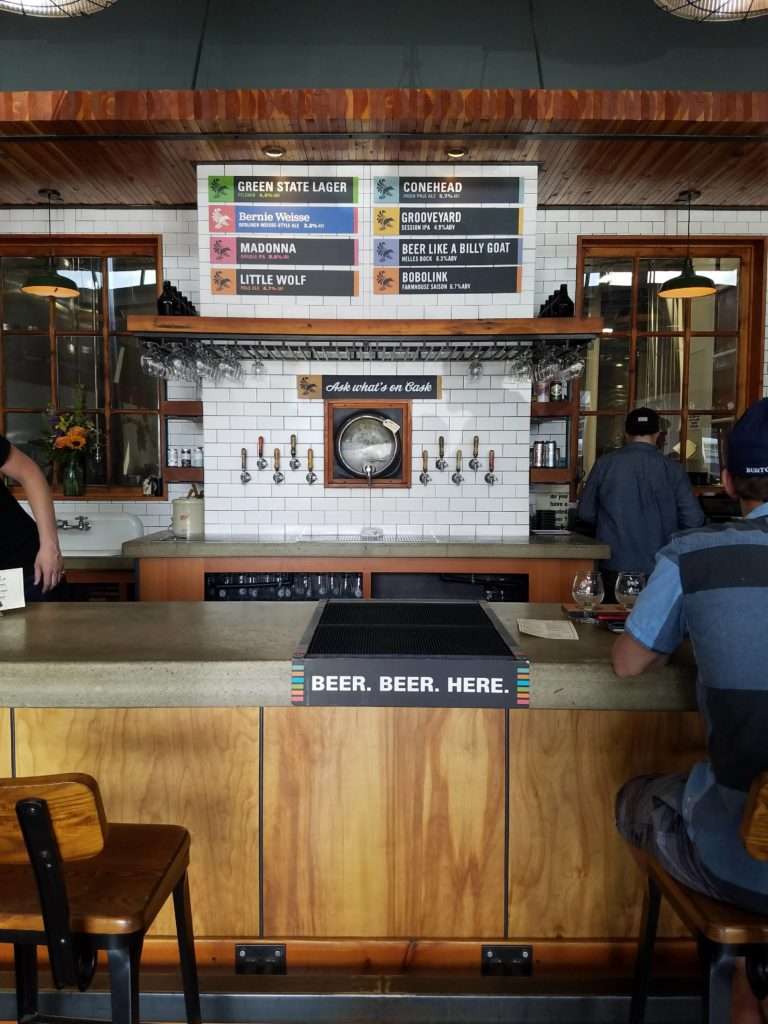 Not only does it have a different line-up of beers, but you can also sample some different food options there as well. After you finish up your beers, head next door for dinner at The Great Northern!

We didn’t get a chance to sample many of the beers here, but this brewery is Vermont’s oldest and deserves a visit! Sit out on the deck and order up some appetizers while sampling some of the beers. They offered several cask beers which is always a unique experience if you’re into them! If you’re not into the eclectic, earthy crunchy food venues, this will be a good place to go to get some good old-fashioned american grub as well. But it’s often busy, so make sure to call ahead!

Burlington is also home to Switchback Brewery, Queen Street Brewery, Citizen Cider, and House of Fermentology. Plenty to choose from and easy to group together!

Fiddlehead has one of the smaller taprooms in the area, so they don’t offer pours or flights. However you can sample as many as you like and purchase growlers or cans from them once you decide on a beer you like. 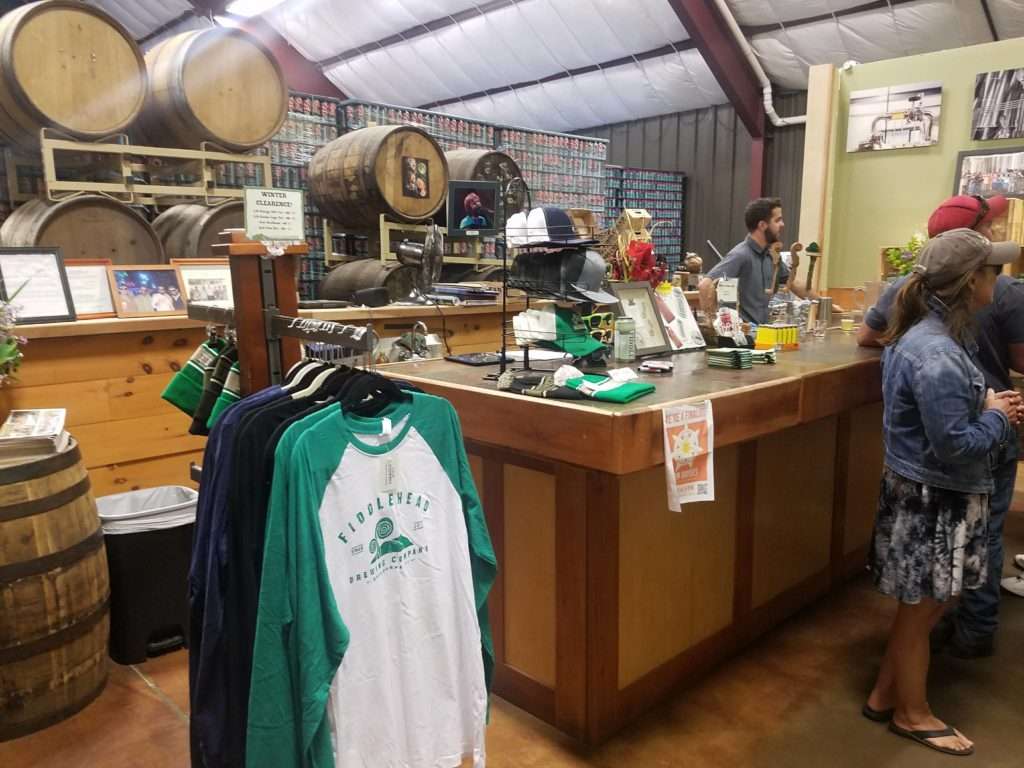 The trick to doing Fiddlehead right is grabbing a growler and heading next door to the BYOB Pizza Place called Folino’s to grab lunch. Not only will you get to enjoy a nice cold fresh off the tap beer in frozen pint glasses that Folino’s provides, but the wood-fired pizza is one of the BEST pizza’s I’ve ever tasted.

Shout out to my friend Piper for this recommendation! 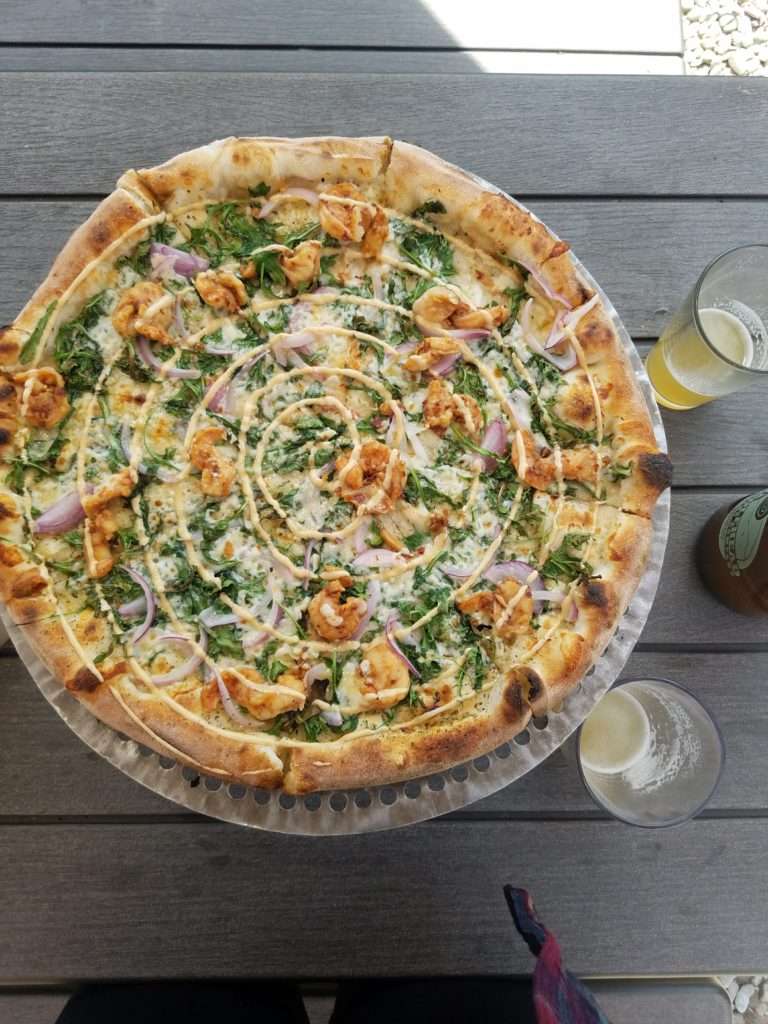 Located on the way back to Burlington, Magic Hat is a can’t miss. The quirky personality of this brewery comes alive in their brewery between their decor and all the eclectic beer offerings. Try samples, a beer, or go on a tour of the facility to see the whole process. The location also has a large beer garden area with lawn games available, so you could easily spend an afternoon there. 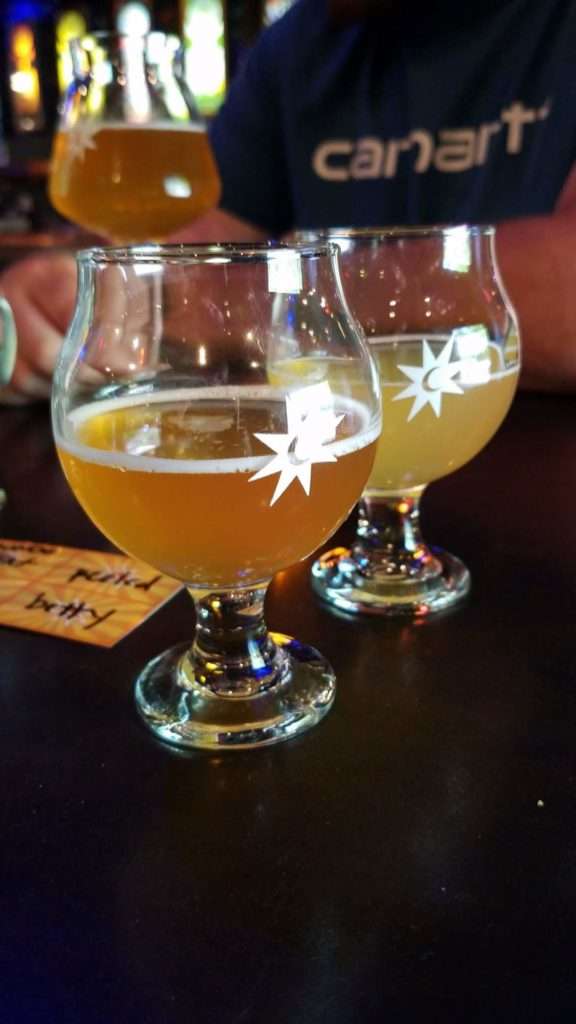 Since Magic Hat is such a well known and widely distributed beer brand, we didn’t go into it with very high expectations, but MANY of the beers we had on tap were new or unique flavors that we had never tried before. Makes the trip worth it!

Located in a town called Winooski, to the north of Burlington, Four Quarters is worth the quick drive out of the city. Their taproom is a combination of a tribute to the town of Winookski as well as a respect to the natural cycles of the planet. The name “Four Quarters” actually refers to the four moon phases, and inspired them to really focus on using natural ingredients with their brews! 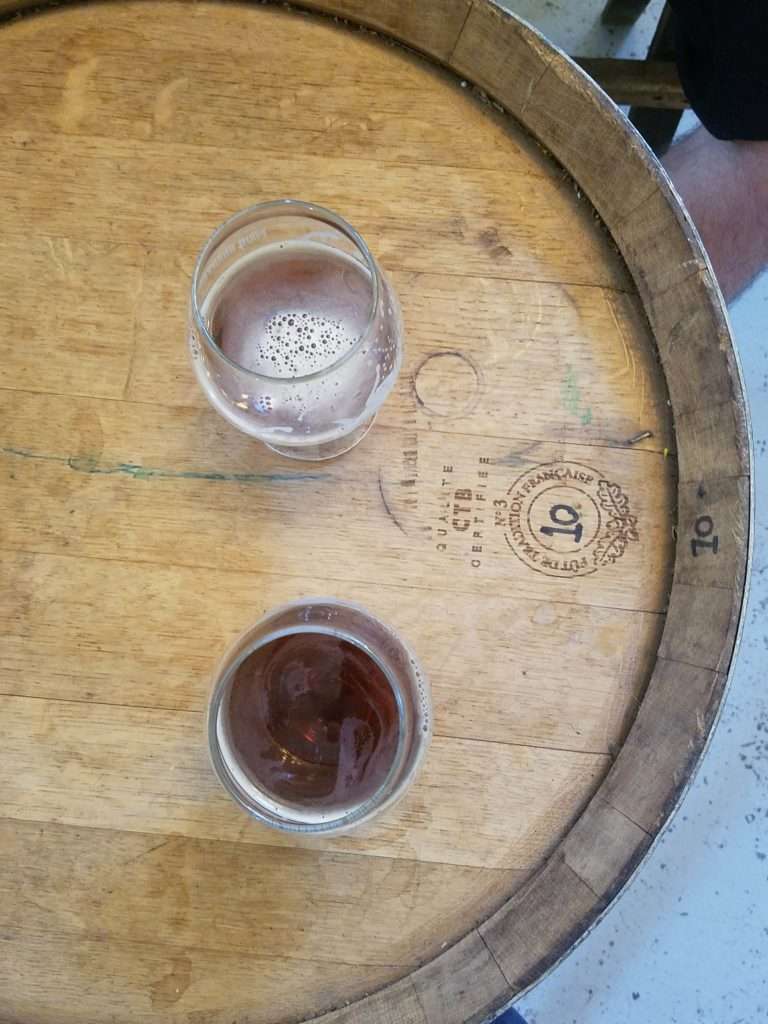 We had a hard time deciding on which beers to try since so many of them sounded delicious. You can find something for every beer taste, ranging from light fruity beers, to dark smoked brown ales fused with flavors such as chocolate, vanilla beans, cinnamon and raisins!

Though we didn’t make it here, I’ve heard great things about Burlington Beer Company, located in Williston, VT. Worth a visit if you have the time!

TO AND FROM BURLINGTON

On the way up, we were told to stop at Three Penny Taproom for lunch in Montpelier, VT. We were able to order a light lunch meal, while sampling from an array of some of Vermont’s best craft beers! Everything from local Montpelier beers, to as far North as Hill Farmstead Brewery! 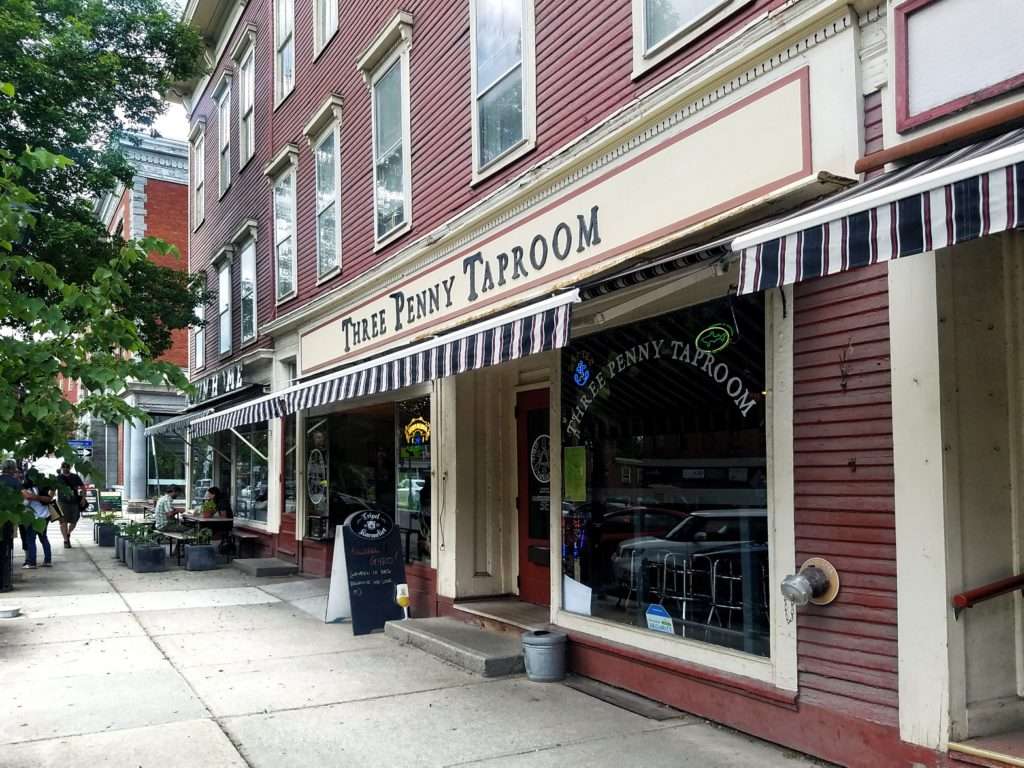 We showed up right after it opened and you could tell that it was a common stop for some of the locals. Several stopped in on their lunch breaks to get a chance to try whatever newest beer selection they had on tap. Montpelier looked like a cool town to explore if you have more time to walk around after lunch!

A must-stop on your way to or from the Burlington area, Prohibition Pig is known for their smoked meats. It’s all locally sourced and fresh, so you can go into it completely guilt free. They also recently opened up their own brewery and shop in the building adjacent to the original restaurant. You can stop in there, grab a beer while you wait for a table at the restaurant and browse the wide variety of merchandise that they offer. You can tell it’s an iconic restaurant based the amount of hats they sell! 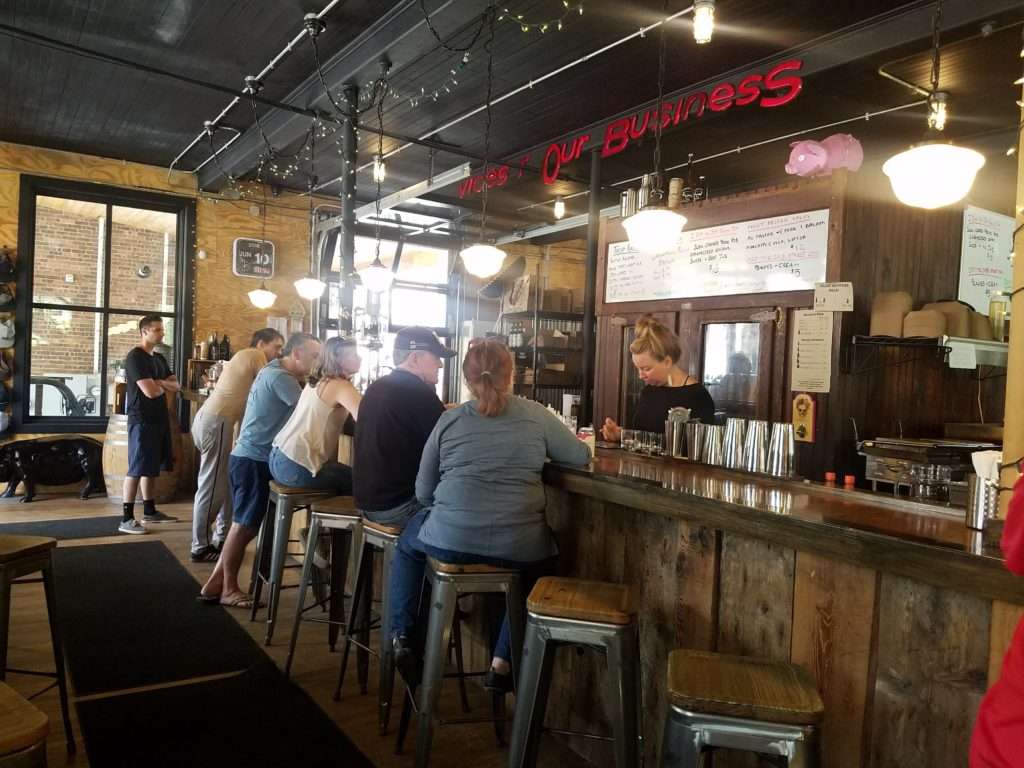 If you’re not in the mood for BBQ, you can choose from a different selection of food on the brewery side! More of a Mexican theme selection, they offer tacos, quesadillas, burritos and taco salads! They’ve definitely got something for everyone! 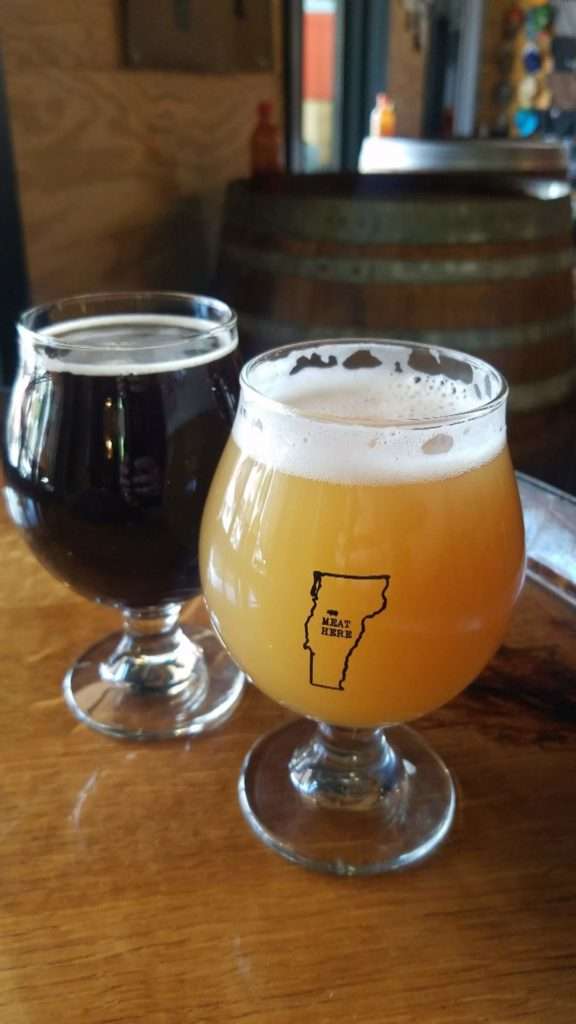 The town of Stowe is located not to far from highway and there you’ll find The Alchemist and von Trapp, two VERY well known breweries. If you’re feel extra adventurous, continue up north and hit up Lost Nation Brewing and Rock Art Brewery in Morrisville.

To the South of the Burlington area, you’ll find Otter Creek Brewing (Which produces Shed Brewery ales as well), Woodchuck Cidery, and Drop-In Brewing Co. Continue on down Route 7 from there and you’ll find Foley Brothers Brewing, another well-known Vermont stop.

This is only a portion of all the amazing breweries and craft beer stops that you can find in and around the Burlington, Vermont area. Pick your route and check out what’s on the way! You’ll be surprised what treasures you can stumble upon!

Have you been to any of these breweries? If so, which was your favorite? I’d love to hear your thoughts! Until next time…