As we kick off the new year, I have been debating on how exactly I want to organize my blog going forward. In 2017, I tended to not really follow a plan and just post sporadically as ideas came to me. However, the initial reason I started the blog was to chronicle my adventures and that ultimately got lost. So I’ve decided to create a series called Adventure Diary where I can basically do a quick journal entry of my wanderings as they happen!

I intend to keep my adventure diary posts short and sweet, for the readers sake, but also to eliminate my reasons for procrastination!

I am my own worst enemy when it comes to procrastination!

So without further ado… I’d like to kick off my Adventure Diary series with a recap of my 27th Birthday Weekend Wanderings!

Thanks to a company policy that allows us to take our birthday off as a holiday, I was able to enjoy a spontaneous Friday adventure with my boyfriend. We set off around noon and began our drive up to Brattleboro, Vermont.  Since he used to work up there, he knew the back roads and winded us down to the city, overlooking the views of the river. We arrived at The Whetstone Station around 2pm and were surprised to find how busy the restaurant already was! 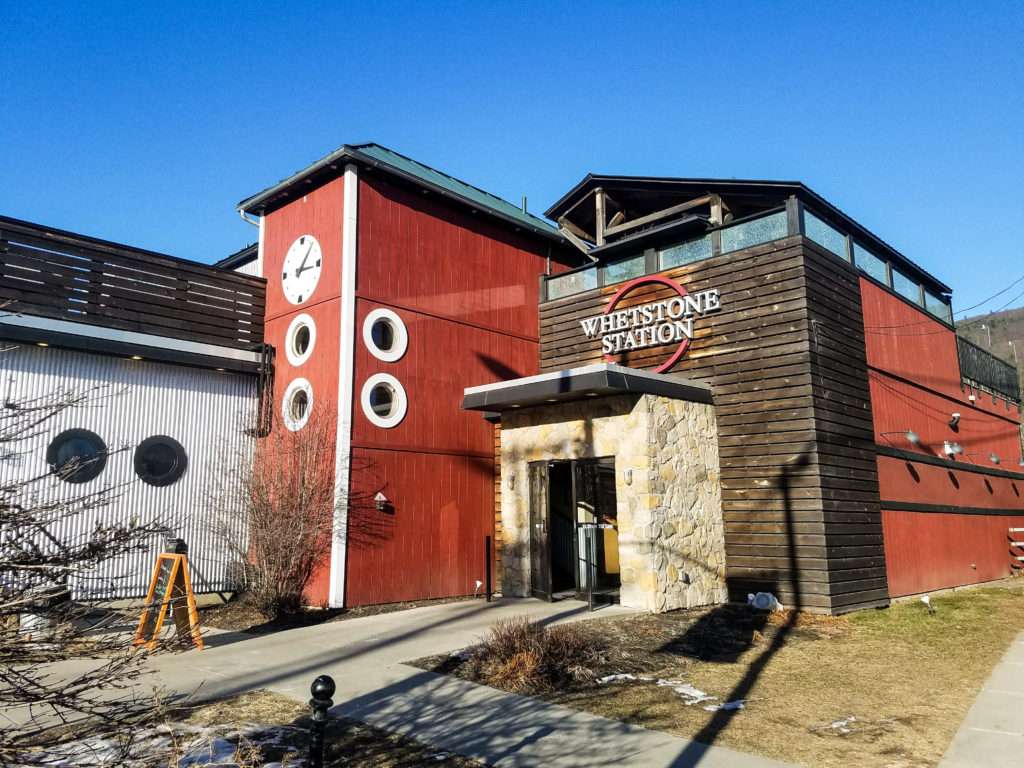 We were seated quickly and in typical Kristin fashion, I selected the beers for my beer flight: A Whetstoner, A Big Stoner, A Penguin Porter and a Wanderlust IPA. 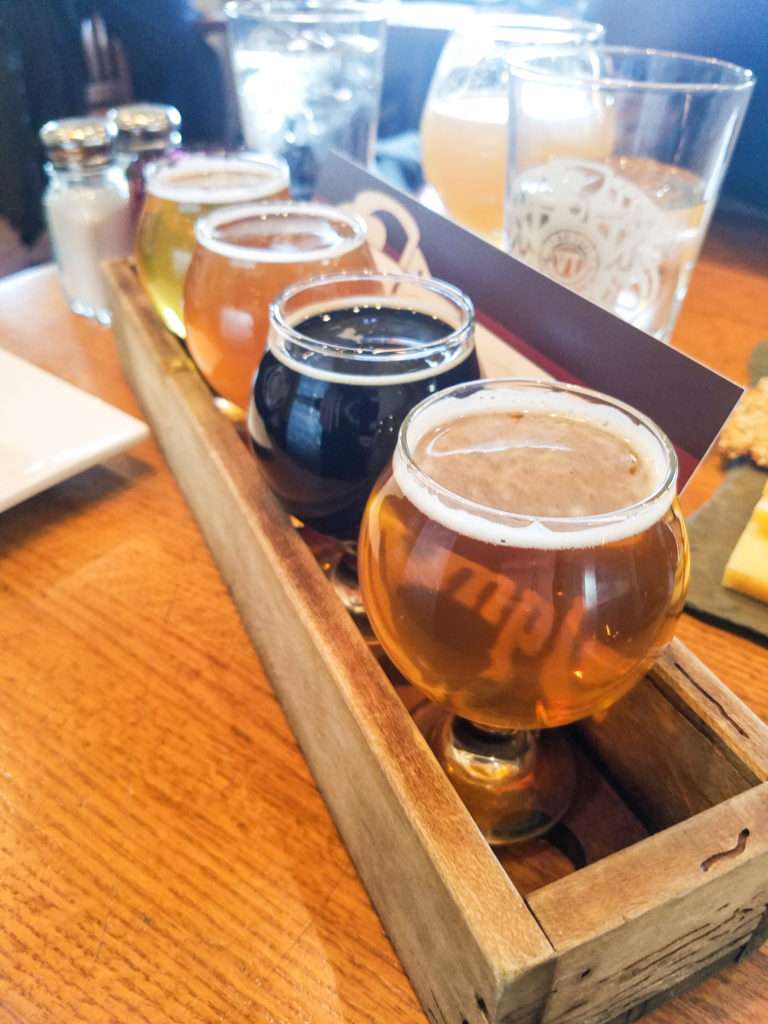 Between a shared cheese board and a giant Peanut Butter and Bacon burger, we finished our meals feeling quite fat and happy.

No regrets! For the most part…

Whetstone Station is located right on the line between Vermont and New Hampshire so the scenery surrounding the restaurant is amazing. Located directly next to the bridge into NH, the deck overlooks the nearly frozen river, allowing for some great photo ops. We could even see an ice dam off in the distance where the water had only broken through in a small section! 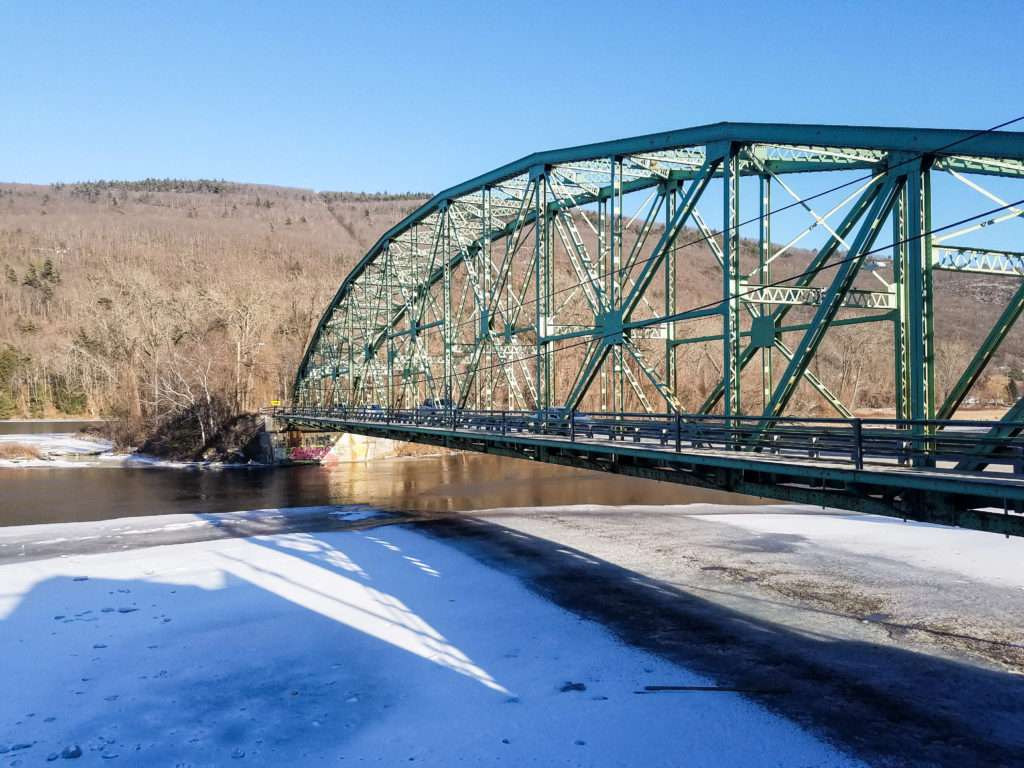 Our second stop of the evening was Hermit Thrush Brewery, which specializes in sour beers only. Once again, I ordered a flight! Big surprise! 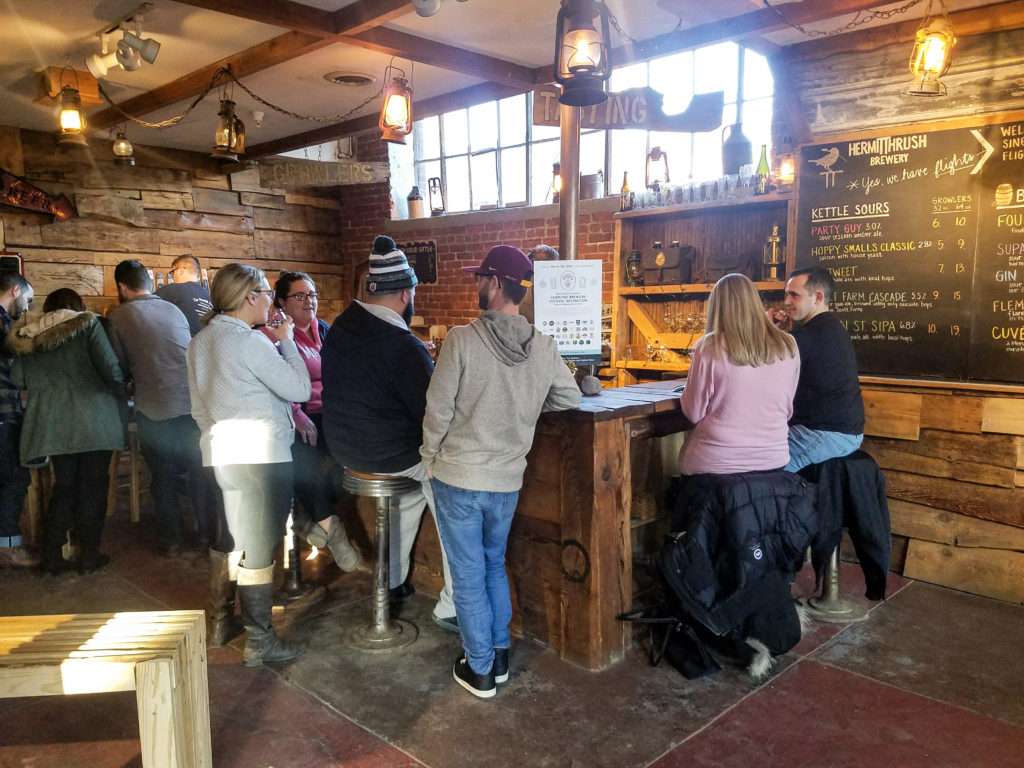 In my defense, they only offered flight size pours 🙂 Even Kyle was forced to order a flight!

The flight offering consisted of a few hoppy sours, and my personal favorite, a sour brown! 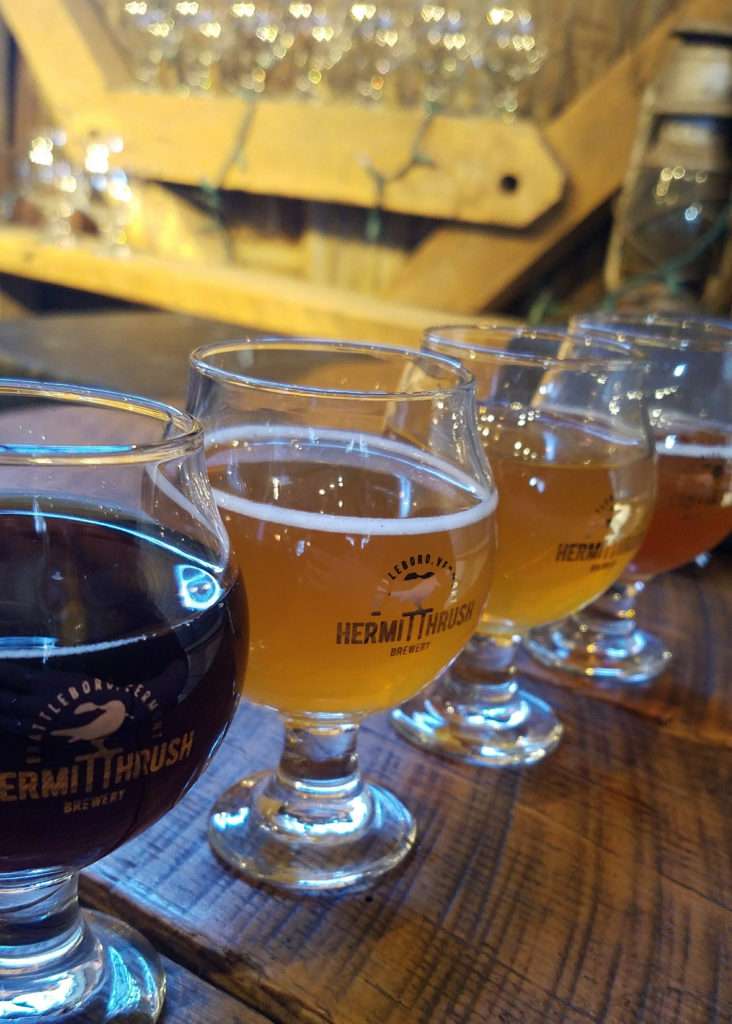 The location was cool, with strong wood accents and several games to play, but the staff is what really made the experience great. The two guys behind the bar were hilarious and personable and made you feel right at home. Most of the cans were insanely expensive but we treated ourselves to one extra can purchase and went on our way! 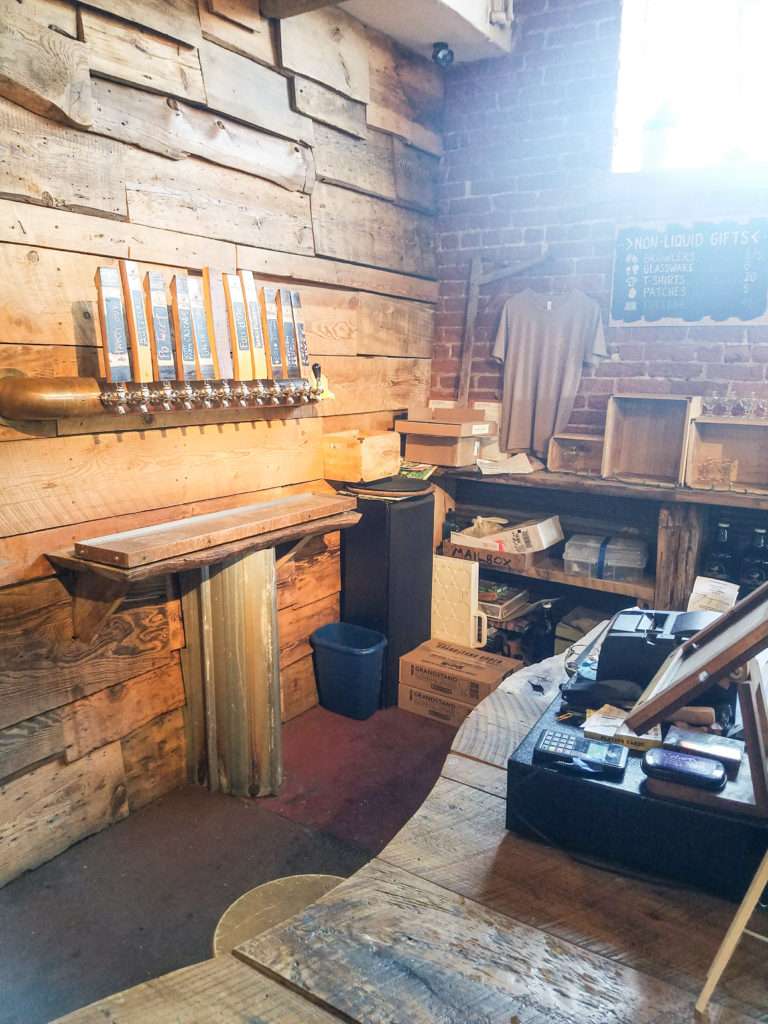 We finished up our tour of Brattleboro with a quick wander through their Outdoor Outfitters store and the local Co-op, which put our usual Stop & Shop grocery store to shame.

After leaving Vermont, we wound our way down through Greenfield and stopped for another beer (flight) and a sausage plate at The People’s Pint. Though the service wasn’t the best we’ve ever had due to the loud environment, we struck up a conversation with an older couple next to us who almost felt like looking in a future mirror! They gave us tons of recommendations and we swapped brewery stories before heading on our way. 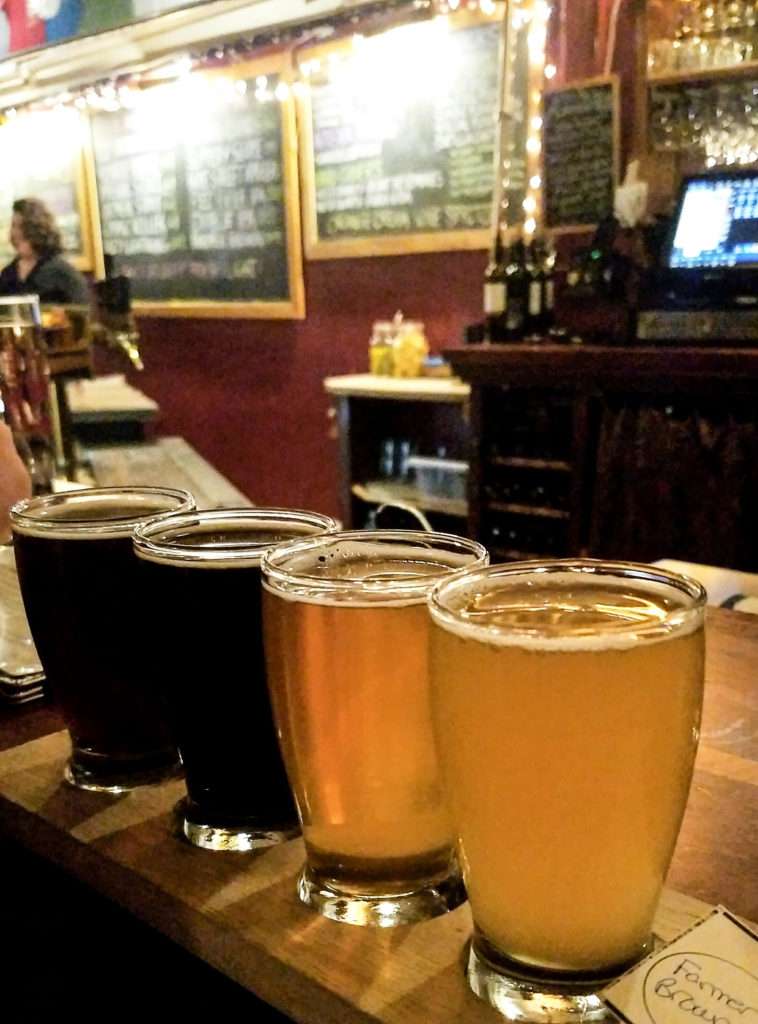 After one last quick stop at one of the bars in Kyle’s old stomping ground, Amherst, we found ourselves back in Western Mass, for one last beer and a shot at the local watering hole. Couldn’t have asked for a better day trip with my guy! 🙂

After a lazy morning recovering from our Friday escape, my mom and I hopped in a car and headed down to New Haven, Connecticut for the night! We checked in to the Omni New Haven Hotel and scoped out our view overlooking the campus! 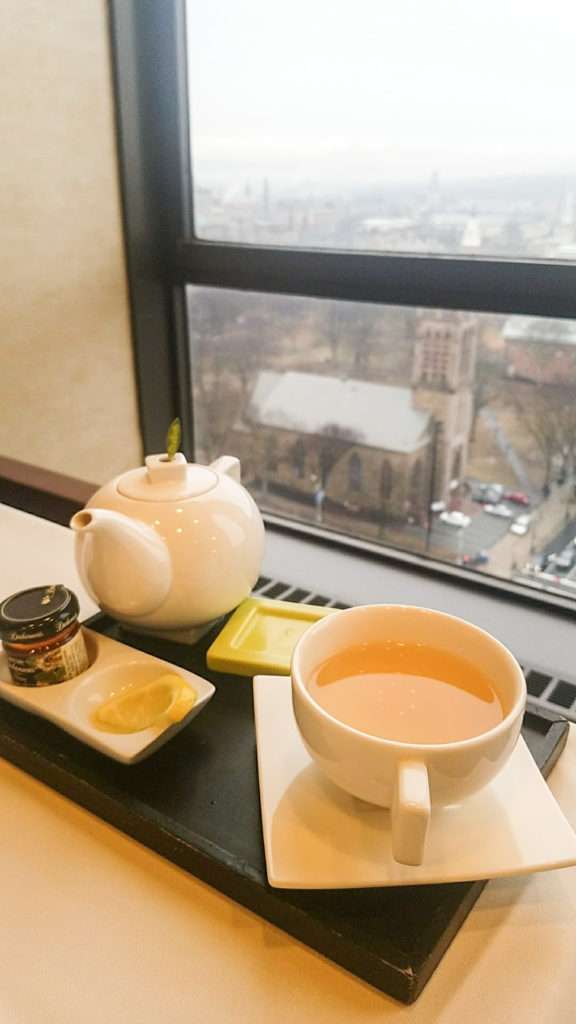 My college roommate Amy and her mother joined us shortly after and we opened up our adjoining rooms for a nice wine and cheese pregame! The hotel even delivered a signed card and a giant whoopie pie to the room for my birthday!

The man delivering it even sang and danced at the door upon delivery! Highly recommend Omni Hotels!

Once we realized that we had been ‘wine-ing’ so long that we didn’t leave enough time for a real dinner, we found ourselves a fast-casual Mediterranean restaurant called PitaZiki! Think Chipotle but with a Greek twist! We filled up on pitas, kabobs and falafel and then walked over to the Shupert Theatre for the show. 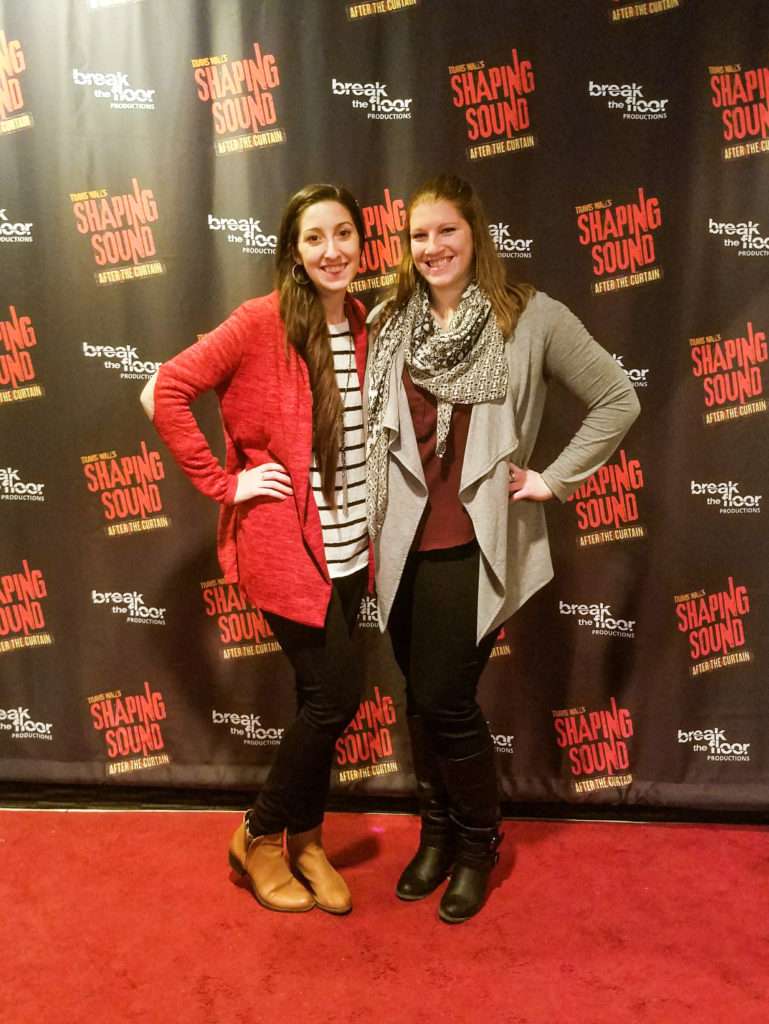 The show was called Shaping Sound: After the Curtain, created by Emmy Award winning choreographer Travis Wall. If you’ve ever been a fan of So You Think You Can Dance, you’ll recognize many of the names in this cast. Amy and I had met in dance team during college, so this show is an absolute dream for us! 🙂

Adventure Diary Day 3: “Adulting” with a side of Book Club

Sunday kicked off with a relaxing brunch overlooking the Yale campus with Amy and our mothers. Though the morning was dreary, the architecture was still beautiful. We bid farewell to our friends from the other side of the state and started the journey back North.

Now as many of you know, Kyle and I spontaneously bought tickets to Iceland for the end of March! For my birthday, my mother pitched in to buy me a Weather Challenger 3-in-1 Jacket from LLBean, consisting of a waterproof rainjacket and a zip out insulated liner! 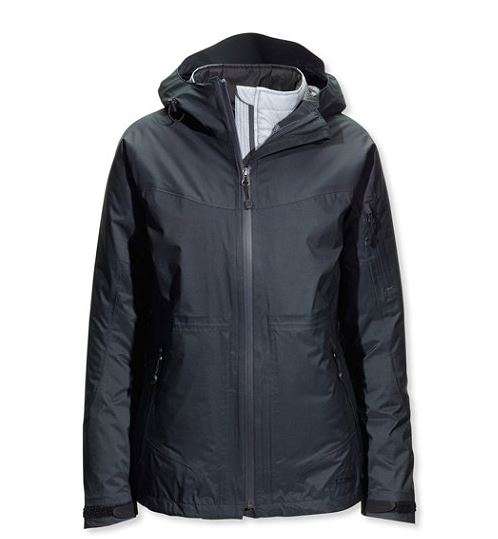 I believe this jacket will be perfect to take on whatever the Iceland weather throws at us, while being small enough to pack as well.

‘Cause lord knows we’re going to have to pack as light as possible flying WOW Airlines!

After a few hours grocery shopping and meal prepping, I headed back to CT for our first Book Club meeting of 2018! This month’s book was Little Fires Everywhere by Celeste Ng which had strong mother-daughter themes, leading to many great nostalgic discussions. We found that this book brought out diverse opinions from all of us!

We indulged on cheese, crackers, hummus and wine, and even dug out a box of memories from my friend’s basement. Book club never fails to be one of my favorite parts of the month! 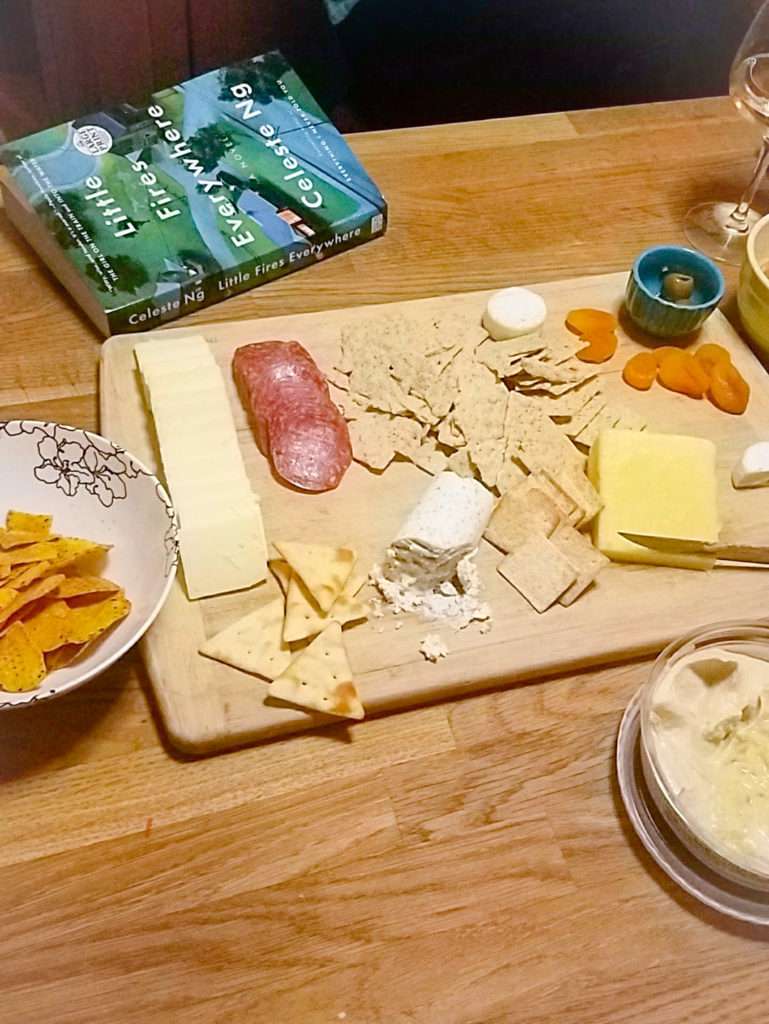 If anyone is interested in following along with our book club, comment below! We have a Facebook group where we announce the books every month and create interactive polls to choose the next book! You don’t have to attend the meetings to join our group! The more the merrier!

I feel so lucky to have been able to fit in so many different activities and people into my birthday weekend! I wouldn’t trade it for the world!

Have you gone on any cool weekend adventures lately? I’d love to hear about them in the comment section below! Always open to any suggestions or ideas! Until next time…