Coming to you from nearly the end of July, I suppose it’s time to tell you about my month of June! June was an absolutely insane month. First month in the new apartment and I felt like I spent more time away than home! Bittersweet!

Kicked off the month of June with a Friday night Dierks Bentley concert at the Xfinity Center! Good weather, good music, good friends and all around good vibes! This is the second concert of about EIGHT big country concerts this summer, and the unofficial kick-off to summer! Feels good to be back!

[Pro Tip: Always buy a hot dog from the hot dog cart after a concert. Seals the deal on a great night.]

Two concerts down, six to go!

A weekend on the lake…

The second weekend of June, I drove 3.5 hours up to Lake Ossipee in New Hampshire to spend a weekend with my college friends! In typical Kristin fashion, I had a meltdown about driving that long on a Friday night and almost bailed, but I gave in to the peer pressure and was not disappointed! 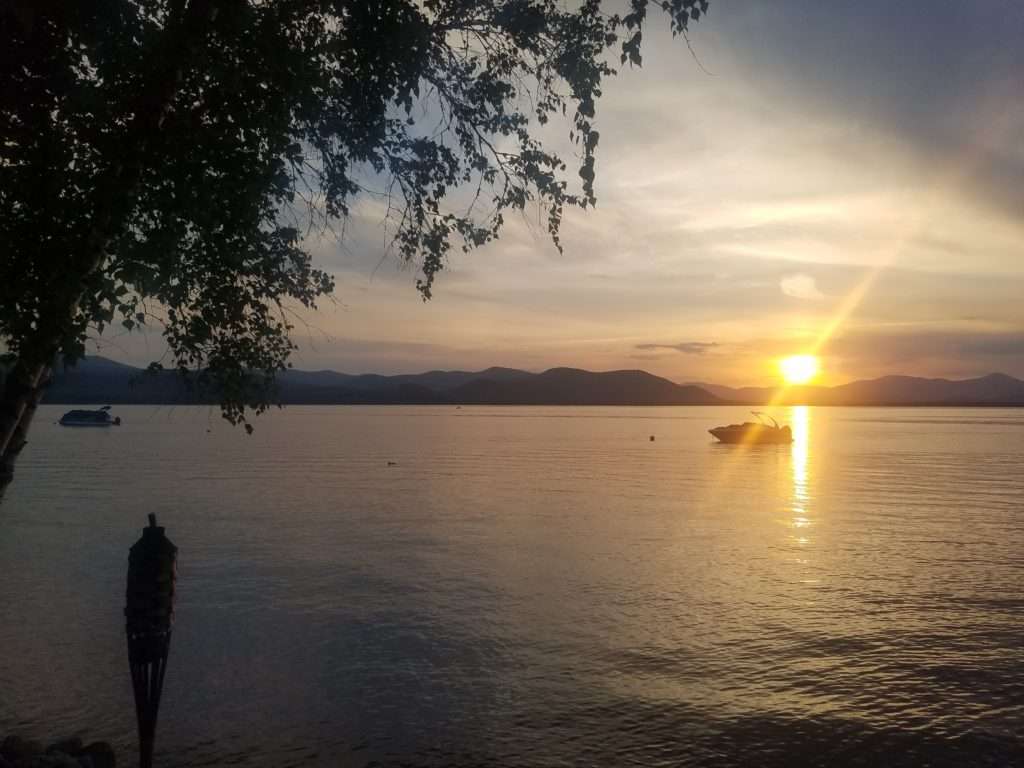 I had not seen most of my college friends for almost an entire year so it was a much needed catch-up sesh. In the morning, we all woke up bright and early to hit the lake, and get in as many activities as possible!

Activity #1: Stand up Paddle Board! Needless to say, my graceful self fell in the water almost immediately but managed to get my sea legs eventually and did a small loop down the coast and back.

[And to think I wanted to try Paddle board Yoga someday..  HAH]

Activity #2: Kayaking! Much more smooth than the stand-up paddle board. My friend Kim and I hopped into a couple kayaks and paddled down to the end of the lake and back, stopping for a couple photo-ops along the way! 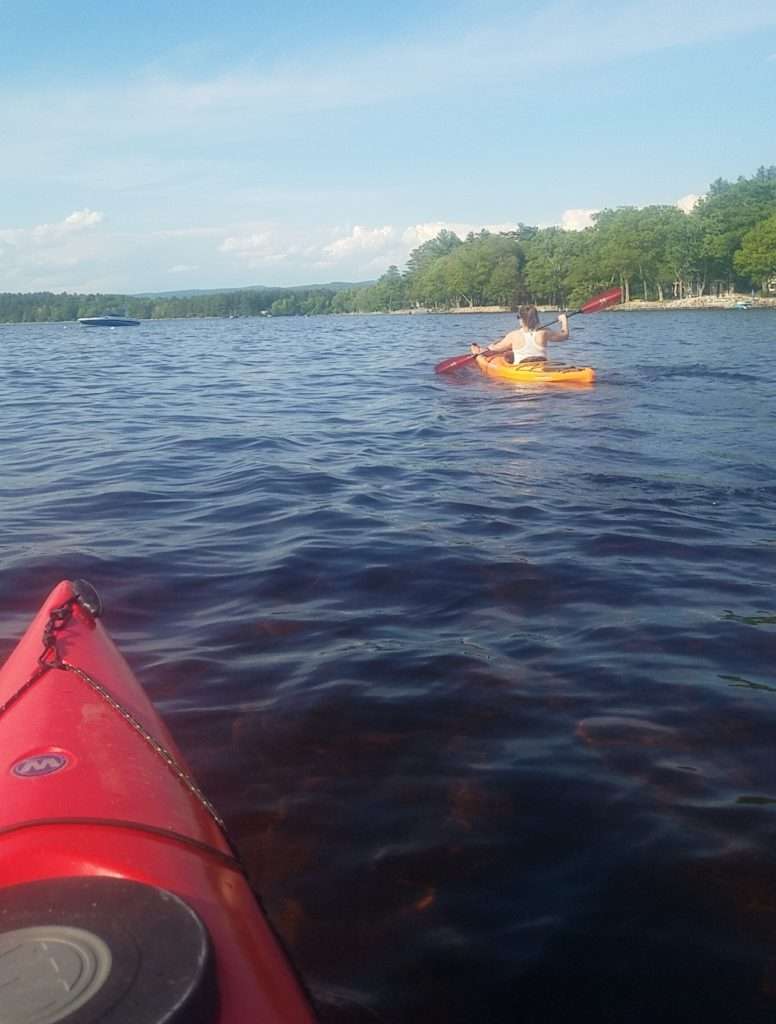 Activity #3: WAKEBOARDING! Would you believe it if I said I got up on my first try and killed it out there?…. Yea me either. Someday I’ll be a badass wakeboarder.

Activity #4: Reading and Relaxing. Nothing better than a good book and throwing back some drinks. I’m lucky that this group of friends appreciates lounging around with a good book as much as I do, so we filled much of the rest of our afternoon with that.

After another trip back out on the boat to watch my friend’s father CRUSH it on the a water ski, we had family dinner and succumbed to the sun exhaustion for an early night. Even though I had to take off early the next morning to head back down to MA, it was the perfect little getaway weekend!

The third weekend in June, I packed my bag again to head out to Salem, MA to visit my dear college roomie Amy and her husband Eric! Kicked off the morning with a delicious breakfast crepe from Gulu Gulu Cafe in Salem then walked down to the water so I could get my ocean smell fix.

[In case you didn’t know, I lived on the ocean for four years and that smell is therapy to me.] 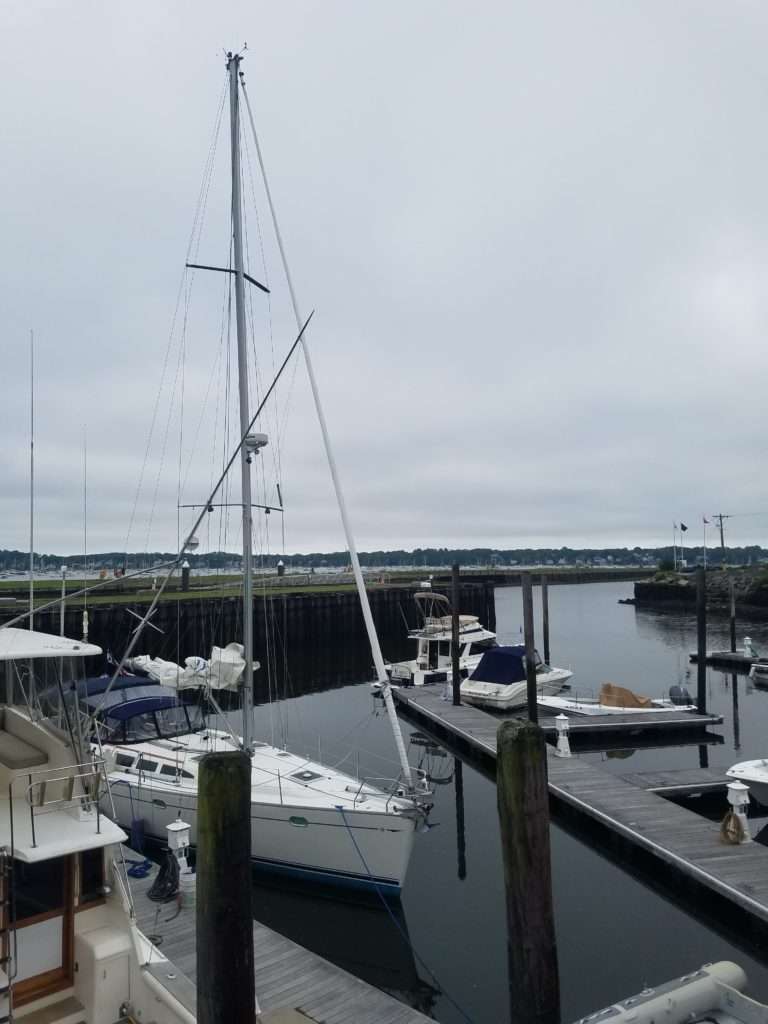 We then spent the afternoon hopping from The Notch Brewery, to Flatbread Pizza and finally Far from the Tree Hard Cider Brewery, wrapping up our short and sweet Salem adventure! 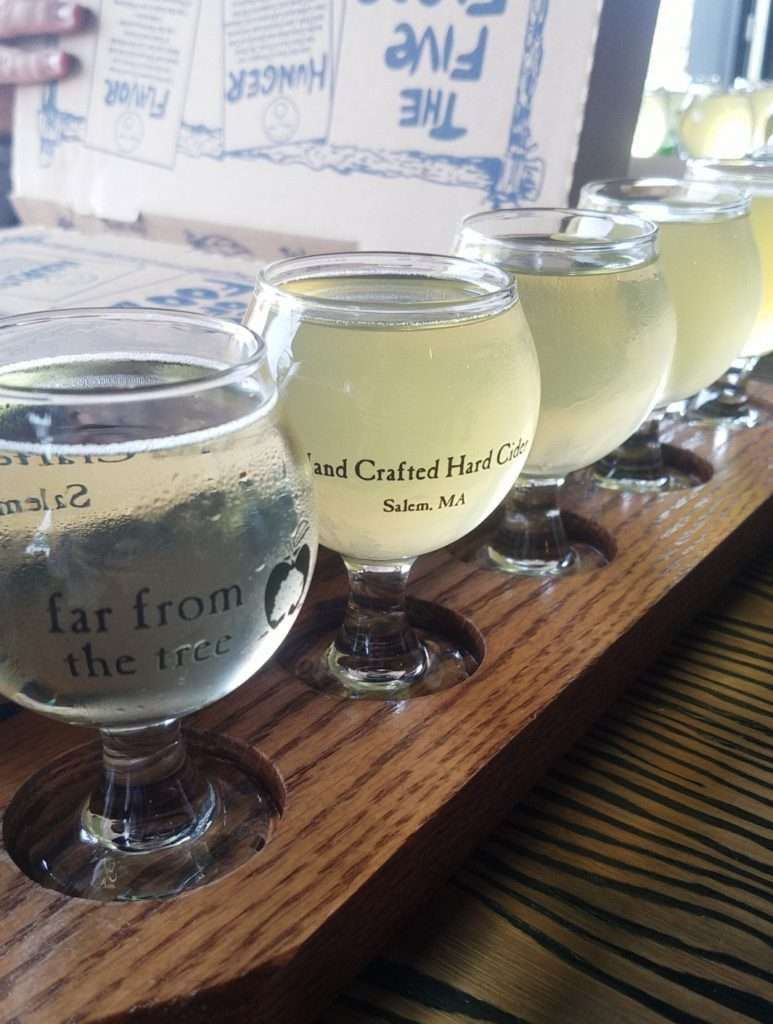 Later that evening, we took the train into Boston to go see Shaping Sound dance performance. I’ll spare you from a detailed account of the dance pieces, and sum it up by saying that was one of the most brilliant shows I’ve ever been to! They’ll be touring again in the fall/winter. CHECK IT OUT!

Two days after I got back from Salem, I packed a suitcase and hopped on a (very early) flight to St. Maarten with my family! These seven days in paradise were the perfect mix of relaxation, fun and adventure. We stayed at the Royal Palm Beach Resort on the Dutch side of the island, close enough to the airport to watch planes come in and out, but not be bothered by the noise! It was located right on a bay which gave us picturesque views in multiple directions. 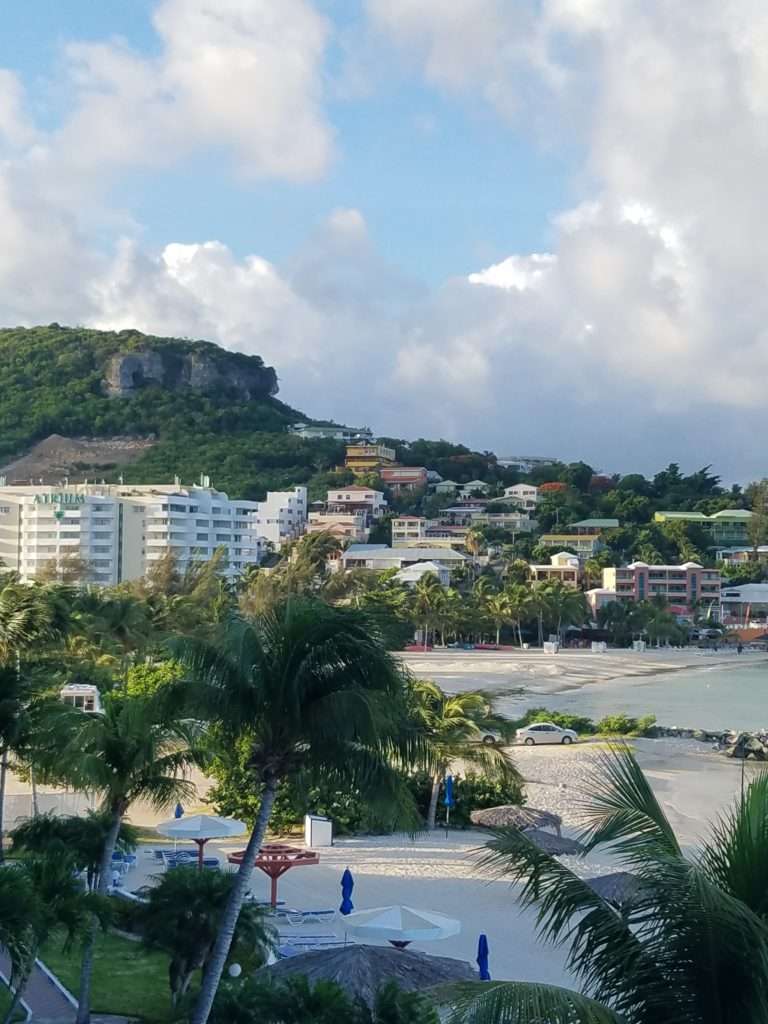 We spent a lot of time that week beaching it, reading, eating and drinking. Exactly how a vacation should be! We also chose to rent a car and drive the loop around the island through the French side and back. This trip was slightly dysfunctional though because St. Maarten is an extremely hilly island and our poor little rental car struggled big time with the hills. Though we were unsuccessful in finding a couple of the destination spots, we had plenty of time to enjoy both Marigot’s markets and Phillipsburg’s endless shops and restaurants.

[Pro Tip: Always try to haggle down the prices, you get to save a couple dollars and you walk away feeling like a badass.] 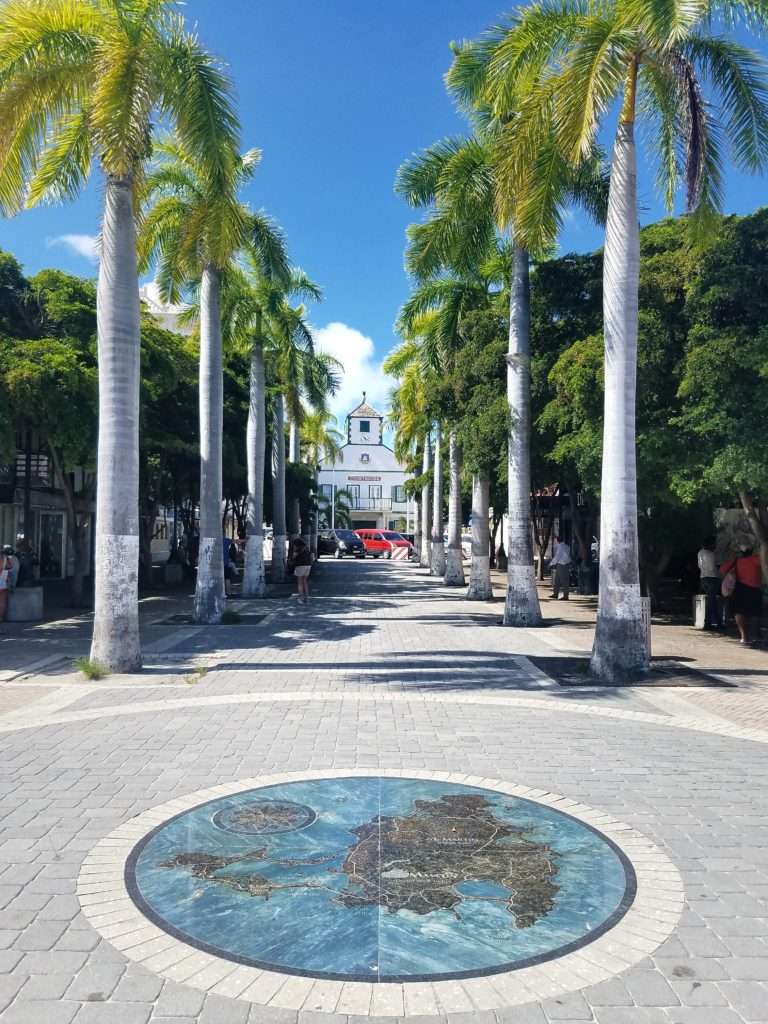 We also chose to go on an all day catamaran boat cruise to Anguilla and Prickly Pear (a couple of the nearby islands) with Aqua Mania Adventures. The crew was awesome, the ride out on the ocean was exciting and the beaches were pristine. PLUS they had an open bar! How could you go wrong! This was definitely a highlight of the trip. 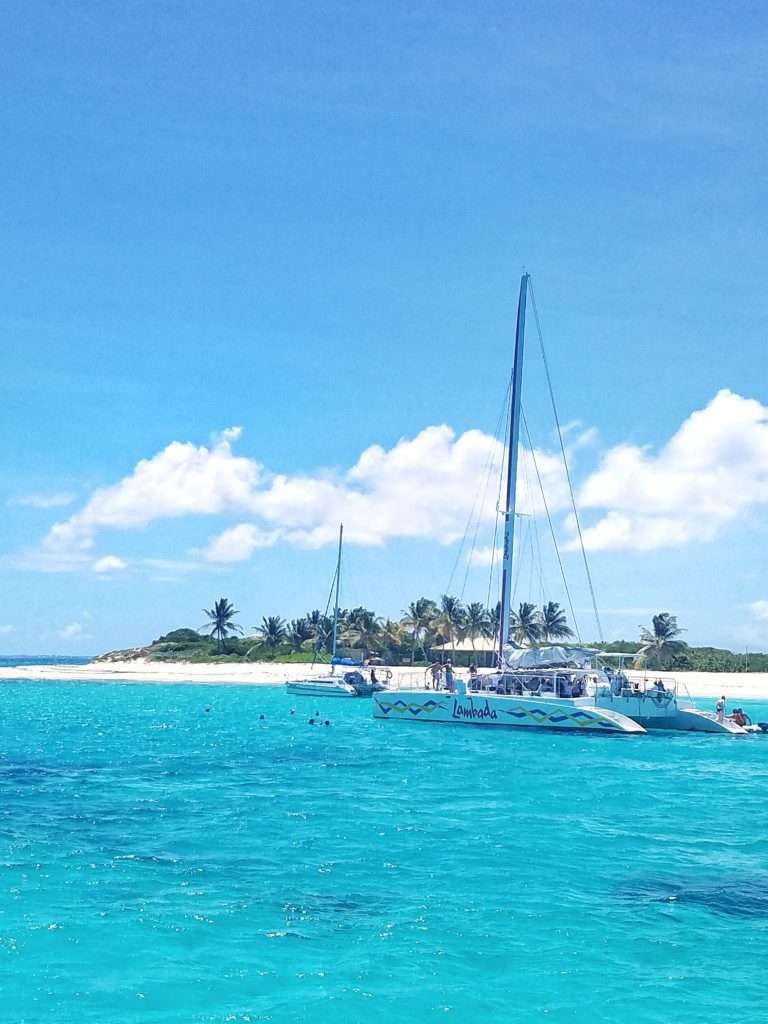 We spent another entire day at Maho Beach, where the planes fly really low over the sand to land at the airport! We were able to get a prime table at Sunset Beach Bar restaurant located on the beach and milked it for a couple hours. 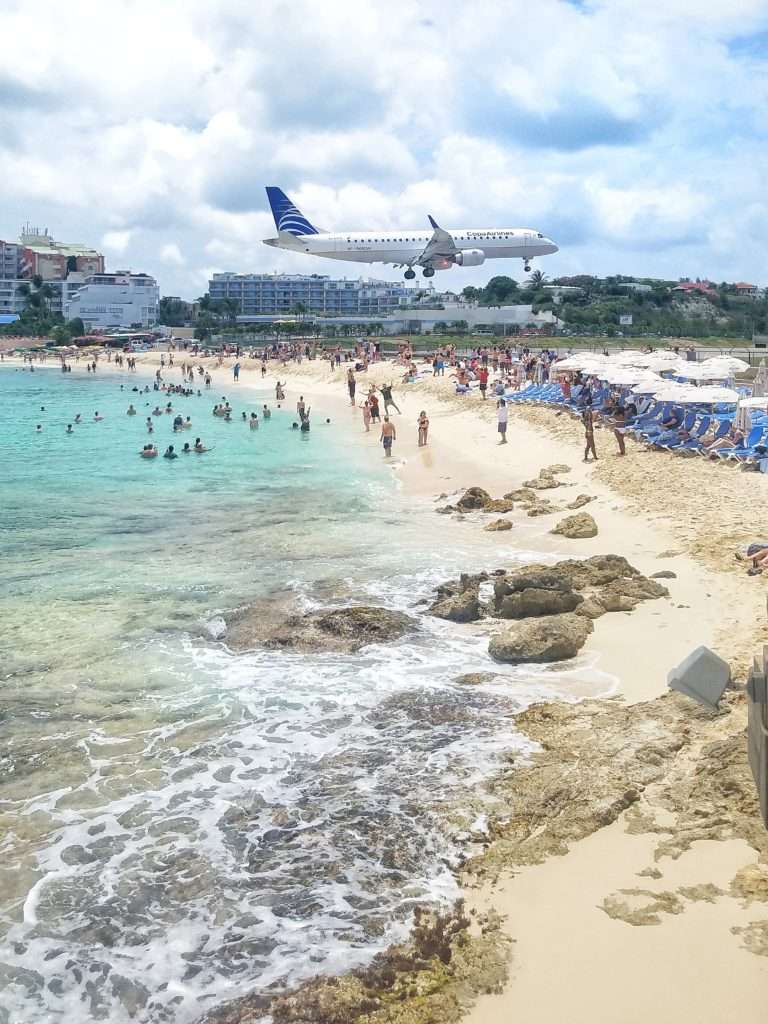 My brother and I also ran down a couple times to stand under the planes as they came in. Such an epic experience. A must-see for anyone coming to St. Maarten! 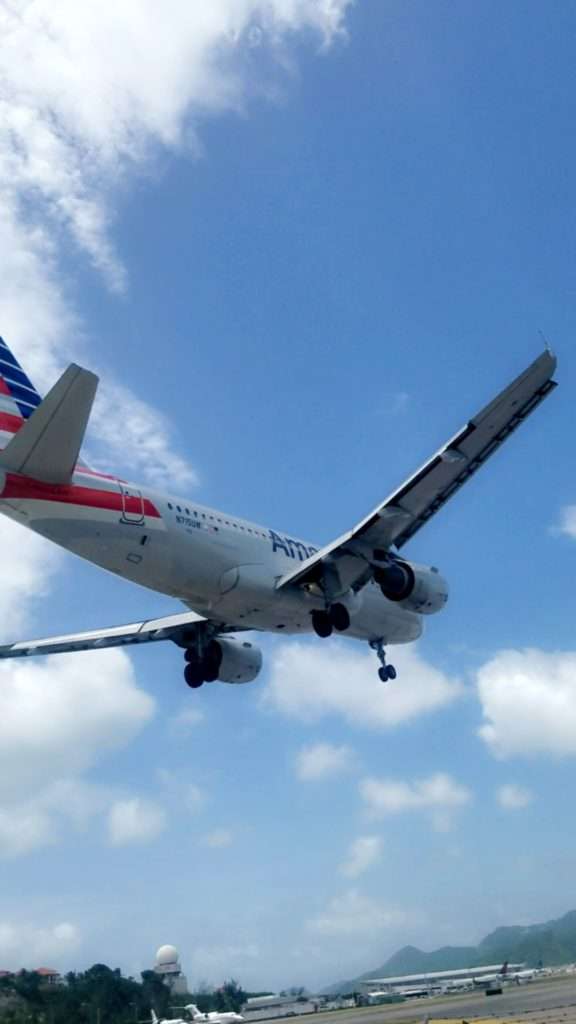 On our final day there, my brother and I spent the last couple dollars that we had and rented some jet skis for an hour trip along the coast of St. Maarten and back to our bay. Even though this isn’t the first time I have jet skied before, this one gave me a hell of a time. The water was extremely choppy in parts and had me hanging on to the handles for dear life at moments. Overall though, it was fast, fun and worth every penny.

The month of June may have been exhausting, it was one hell of a month! Between seeing a ton of friends that I hadn’t seen in forever and getting to visit and explore a new country, June will definitely be one of the top months of the year.

Hope you all had great start to your summer as well! Cheers friends!